The minimum wage system was introduced in 1988 to protect low-skilled workers. It was first applied to firms with 10 or more full-time employees in the manufacturing sector.

Coverage was extended to firms with 10 or more employees in 1990 across all sectors, to firms with 5 or more employees in 1999, and finally to all firms in November 2000. The minimum wage has been continuously raised in nominal value since its introduction. As a percentage of the median or mean wage, it initially declined until 1996-1997 and then began to rise (Figure 6-29). In 2008, it corresponded to 39 percent of the median wage and 32 of the mean wage. Its level is still on the low side in terms of international comparisons (Figure 6-30). 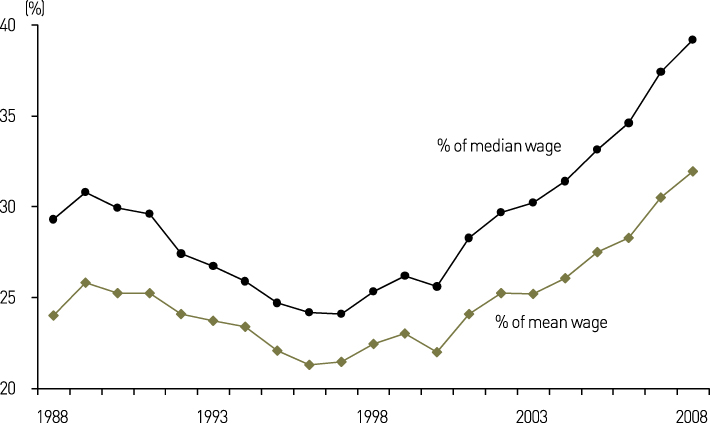 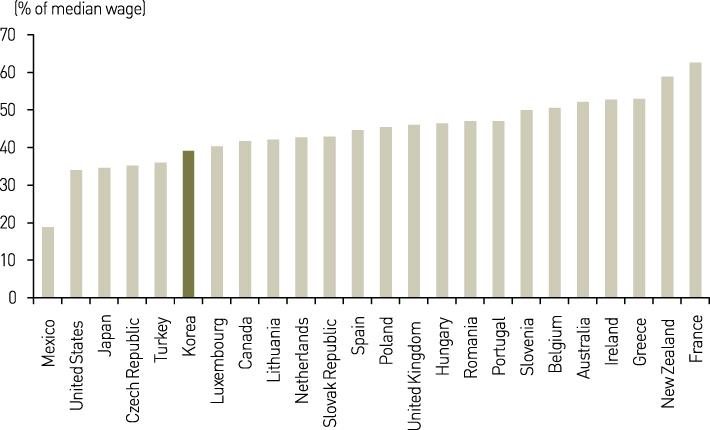