HOMEnext Development Overviewnext all
Bookmark Print
The Korean labor market is distinguished from those in other OECD countries by the prevalence of non-standard workers (temporary employees or day laborers) and self-employment (Figure 6-24). 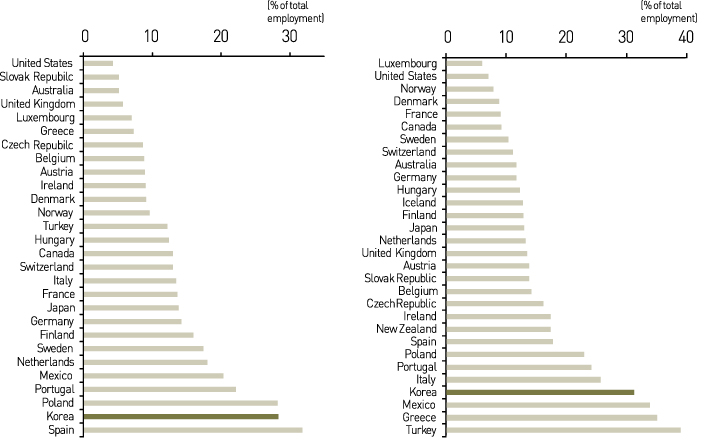 The share of non-standard workers among salaried workers started to rise in 1994 but reversed course in 2001 (Figure 6-21). Their absolute number stayed at 7.2-7.3 million since 2002, but the healthy increase of regular employees caused their share to fall (Figure 6-25). The dynamics behind such changes is not well understood. The study by Yong-Seong Kim (2009) suggests that some non-standard workers do move upward by finding regular jobs, but many others exit the labor market to be replaced by new entrants who haver regular job. 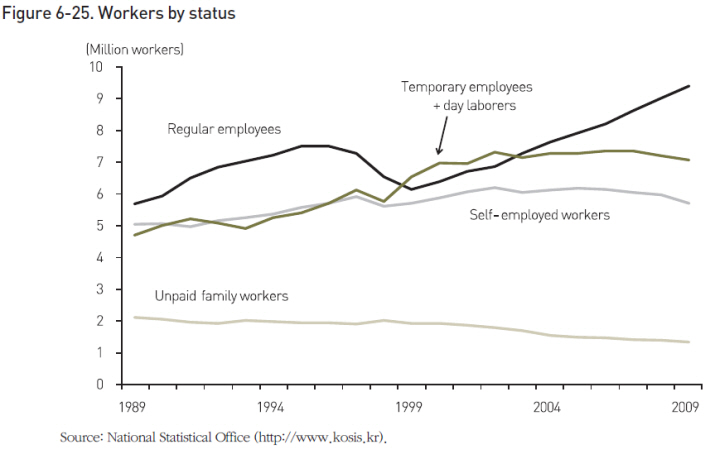 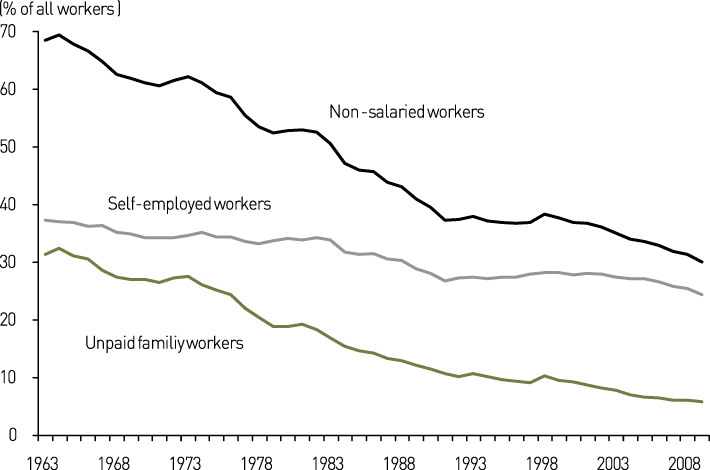 Second, the self-employed accounted for 24 percent of all employment in 2009. Their share, however, had been falling since the 1960s (Figure 6-26). The trend stopped in the 1990s but resumed in the 2000s. More dramatic has been the decline in the number and share of unpaid family workers. Again, it is not clear how these changes are related to the increase of regular employees. In any case, the transition toward regular employment looks desirable as it will lead to increased job stability, a smaller underground economy, and greater coverage of social insurance programs.