The Labor Standards Act of 1953 stipulated the maximum working hours of eight hours a day and 48 hours a week. After 36 years, the weekly ceiling was lowered to 44 hours in 1989. After another 15 years, it was lowered further to 40 hours in July 2004. The 40-hour ceiling was initially applied to firms with 1,000 or more employees and then was gradually extended to firms of different sizes. As of 2010, firms with 20 or more employees are subject to the 40-hour ceiling. Even with the ceiling, overtime work is allowed up to 12 hours a week, provided that it has been agreed upon between workers and the management and that the hourly pay for overtime work is at least 50 percent higher than that for normal work.

The number of hours worked per worker per year has been declining over the last two decades (Figure 6-31). Between 1986 and 2008, it declined by 23 percent from 2,923 to 2,256 hours. Nevertheless, Koreans currently work the longest hours in the OECD area (Figure 6-32). Such long working hours partly (but not entirely) reflect the low incidence of part-time work and makes it difficult to reconcile work and family life. 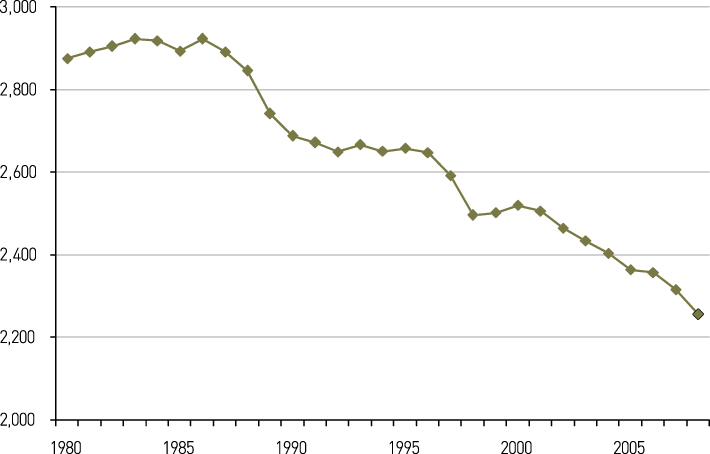 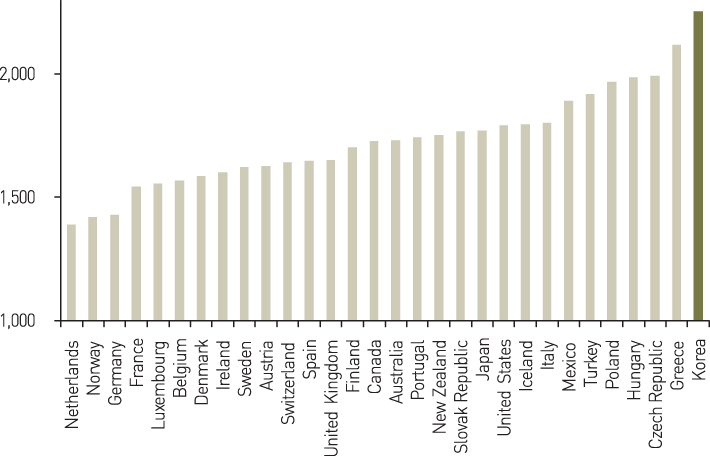