Greenhouses in Korea typically have both double or triple covering materials for heat conservation in winter and shading and ventilation systems for cooling in summer to make possible growing crops in summer and winter in a same greenhouse. It was impossible in the early greenhouse structure to achieve these two goals but continuous efforts to develop new technologies made it possible to grow plants in a same greenhouse in both winter and summer.


1. Standardization and Modernization of Greenhouses

The production and use of zinc galvanized steel pipes sharply increased by the 1980s since many farmers installed greenhouses using these pipes but the greenhouses varied in size and form. The standardization of greenhouse structure was needed for efficient greenhouse construction and management. Therefore, ##3D_LAYER##the National Horticultural Experimental Station developed four standard greenhouse models and distributed standard##3D_TEXT:Website ##3D_LINK:http://www.nihhs.go.kr/eng/main/mainView.do##3D_LAYER_END##. ##MORE_LAYER_BOX## The NIHHS at the RDA proposed a series of greenhouse design standards appropriate for various regions and cropping types through joint researches with Universities, companies and national institutes. ‘Greenhouse standardization plan’ reduced design cost and integrated many different sorts of greenhouses into few standard greenhouse forms. The plan also affected the development of materials, machines, facilities for mechanization and labor saving cultivation.

2. Setting Criteria of Safety in Greenhouses for Horticulture Crops

Climate condition, distance to a market, geological features, and soil productivity should be considered for rational managements of greenhouse horticulture. First of all, regional climates for 30 years in Korea were analyzed to establish safety standards for greenhouse structures ##MORE_LAYER_BOX## Climate conditions including the average temperature, amount of solar radiation, snowfall and wind speed are important factors of consideration for design greenhouses to ensure year-round crop production. Therefore, minimum air temperature, maximum amount of snowfall, and maximum wind speed were investigated for setting up regional safety standards for greenhouse structure.
Heating demand is required amount of heat for sustaining greenhouse temperature appropriate for the growth of crops. This depends on both difference between outside temperature and setting temperature in greenhouse and on heating degree hour (DH). There are large differences among crops in the number of crop cultivation days without heating in greenhouses. The crop cultivation days can be calculated in greenhouses that are able to maintain 10℃ using heat reserving system. These greenhouses have coverings outside and inside the frame and small tunnels inside the coverings. Cold-acclimated vegetables such as lettuce and strawberry can be cultivated in January in the southern part of Korea in greenhouses adopting heat reserving system. Especially in Jeju island, most vegetables, except for red pepper, bell pepper, and melon can be grown in greenhouses without heating. 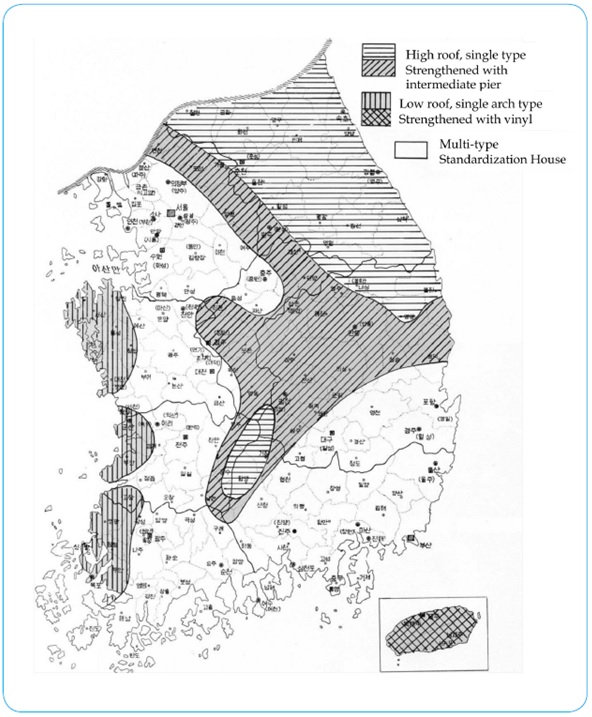 ##MORE_LAYER_BOX_END## and adaptable crops. This was to help select regions that are well adapted to a specific crop. The investigation of regional climates is also important for energy saving since much energy is needed for year-round crop production due to striking temperature differences between summer and winter in Korea.

Polyethylene (PE) films were produced only after 1960s in Korea and used for covering materials in greenhouse construction. Ethylene-vinyl acetate (EVA) and polyvinyl chloride (PVC) films begun to be used in early 1970s but more than 90% of covering materials were PE film. The advantage of PE film is its low cost compared to EVA and PVC films although its thermal resistance and durability are little less than EVA and PVC. Underground heat storage greenhouses and heating storage bags were developed to improve heat conservation in greenhouses and distributed in 1982.

In 1960s, most greenhouse frames were made of wood and bamboo, and no labor-saving facilities were equipped in greenhouses. Therefore, farmers had to do everything manually to grow horticultural crops. By the 1970s, however, labor saving cultivation became an emerging issue due to 1) rapid expansion of greenhouse cultivation, 2) decrease in the rural population, 3) population aging in rural society and 4) increase in labor cost.

##3D_LAYER##Plug seedling production##3D_TEXT:Park, Sang-Geun (1994) “Introduction and Prospect of Plug Seedling Production System,” Researches on Protected Cultivation (in Korean). / Rural Development Administration (1992) “Thirty Year History of Rural Development” (in Korean).##3D_LAYER_END## ##MORE_LAYER_BOX## Grafts have been frequently used for various purposes such as preventing damages from soil-born diseases due to successive cropping, improving plant growth at low temperature in greenhouses, reducing salt injury, and improving qualities of vegetables. In accordance with the introduction of plug seedling production technologies in early 1990s, the proportion of producing grafted seedlings at nurseries for various purposes has rapidly increased with increasing demand for grafted seedlings. As the demand for grafts is expected to further increase, many researchers have been studied to develop grafting methods, grafting machines, environment management technologies and devices to improve graft compatibility.
Blight resistant rootstocks have been commercialized for peppers and more than 10 tomato rootstocks that are resistant to various diseases and insects including brown root rots, root blue stems, fusarium wilt, verticillium wilt and nematodes have been distributed. Grafting technologies were first developed for Cucurbitaceae vegetables and various grafting technologies are being utilized. Pumpkins and gourds are often used for watermelon as the rootstocks to prevent fusarium wilt. For oriental melons, pumpkins that have high growth ability at low temperature, hot tolerance, and resistance against fusarium wilt are often used as rootstocks. Rootstocks for cucumbers are pumpkins and in case of white-spine cucumbers, Bloomless rootstocks are utilized. 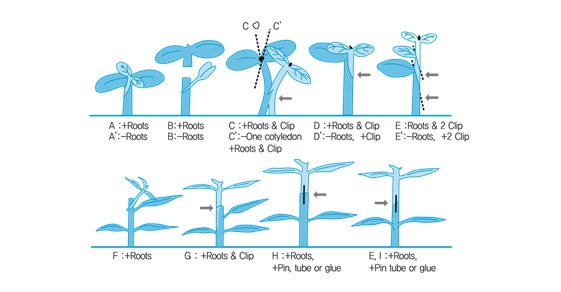 ##MORE_LAYER_BOX_END## refers to the seedling production technology with automated equipment for bed soil filling, germination, irrigation, transportation, and management in dedicated facilities, in order to produce high quality plug seedlings in large quantities similar to producing goods at a factory. As greenhouse cultivation acreage rapidly increased after the 1980s, the need for year-round vegetable production without seasonal constraints increased. 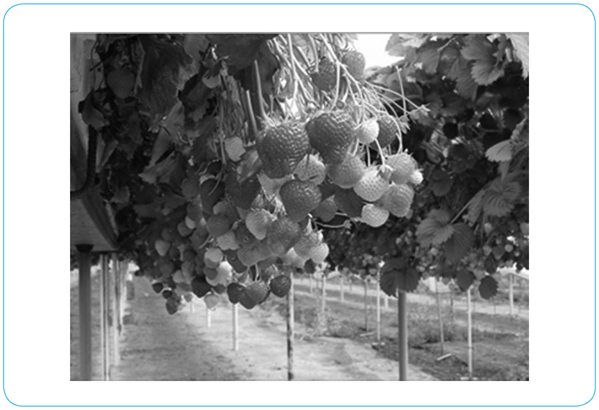 In Korea, multi-purpose standard nutrient solution was first developed for hydroponics in the late 1980s. Appropriate Electric Conductivity (EC) and nitrogen types and proportions for different growth stages were suggested for cucumbers and lettuces and this became the motive for putting hydroponic technology into practical use. Hydroponic system has been distributed since 1994 by including the system in the government-led greenhouse facility modernization program that began in 1992. Hydroponics expanded rapidly thereafter.

Korea was the world’s poorest country in 1950s and in particular, the Korean War for three years from June 1950 to July 1953 devastated the national infrastructure and agricultural production base. However, vegetable breeding technologies were world-class, thanks to the efforts of ##3D_LAYER## Dr. Jang Chun Woo (Jang Chun U)##3D_TEXT:Busan Horticultural Experiment Station (2003) “Fifty Year History of Horticulture in Busan” (in Korean).##3D_LAYER_END## ##MORE_LAYER_BOX## 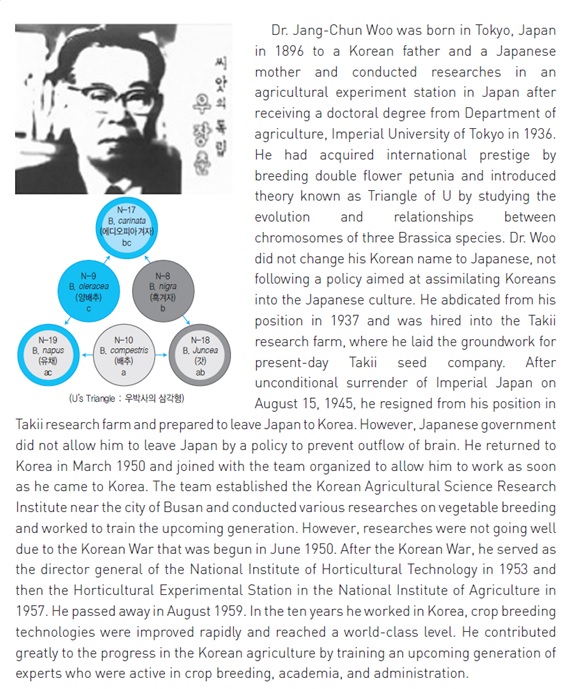