Even during 1960s, people experienced a shortage in their food and struggled for poverty and hunger, repeating the spring poverty period periodically. With a cooperation between the government and farmers, they achieved so-called the Green Revolution in 1970s to cope with these problems, overcoming both hunger and poverty from the success in self-sufficiency of staple grains.

The Office of Rural Development (ORD, currently RDA) is an entity where research and extension activities are executed as one organization within the agency so that they can provide new varieties and new technologies to the farmers promptly through 9 Provincial ORD and 150 office of agricultural extension in cities and counties across the country. While they identify any difficulties occurring in the field during the extension activities, those problems are reflected on research activities in the related research institute to solve the problems simultaneously. 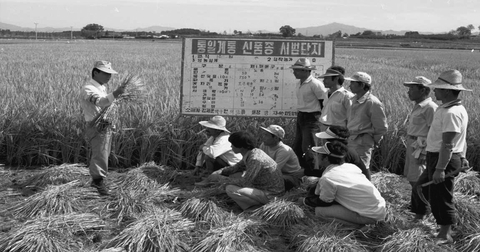 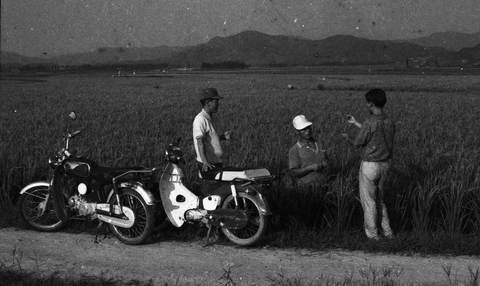 Extension specialists from ORD focused on disseminating new technologies to make farmers informed on the newly bred high yield variety, Tongil rice, whose characteristics were quite different from that of tall Japonica species, by themselves and to choose the variety based on their own preferences. The extension specialists provided new technologies on high yield through Saemaul (new village) farm technology education program to farmers, as well as spread the information on new technologies through newspaper, TV, radio, and amplifier broadcast in the village in agricultural- off season in winter.

During the farm season, ORD released forecast information on disease and insect so that farmers respond to the situations adroitly, and agricultural extension specialists at the front line visited farms of which they were in charge to provide field extension and participated in rice production technology support group to solve the problems occurring in the farm field.

Also, they allocated their time for executing each agricultural practice such as workloads movement, rice transplanting and harvesting, deliver of the policy for responsible area of Tongil-type rice, and operating of food increase production situation room to carry out the instruction described in letters, prints, and other media. The competition for high yield was awarded to encourage farmers so that they are motivated to increase productivity. The indirect supports from the administrative such as the rice-saving movement make conserving rice feasible.

By the series of numerous effort and contribution, they could achieve the goal in rice self-sufficiency with availability of new technologies to farmers under "research-extension-dissemination linkage system" from ORD.

In 1977, it was reported that Tongil-type rice took account for 54.6%, which is equivalent to 600,101 ha of the entire farm land since it had been first introduced back in 1971. This effective linkage system was nominated for the best manage system in the world by FAO with 5 other countries such as the U.S. and the Great Britain in 1984.